Delight in the culture... 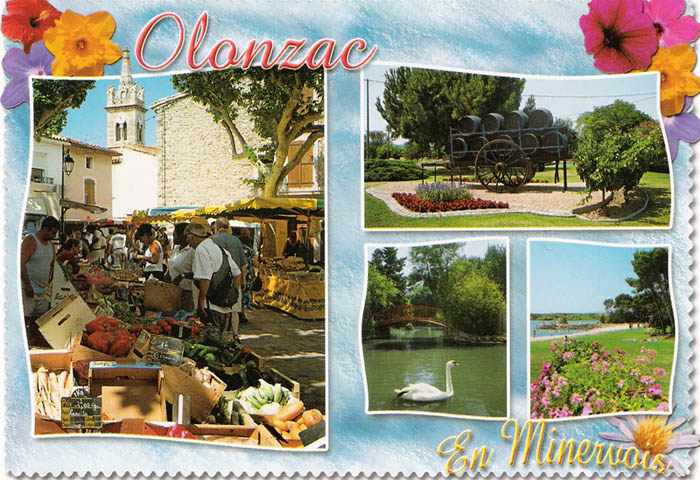 The village of Olonzac, Capital of the Minervois

Olonzac, with a population of 1600, is the meeting place of the Minervois valley. This is where the people from the surrounding villages come to socialise and shop. With four restaurants, four cafes/bars, three patisseries, two supermarkets and many other shops selling everything from flowers to newspapers, there is everything here to meet your needs. Professional services include a range of doctors, dentists and banks.

Olonzac has a large municipal park of many varieties of mature trees, rose arbors, ponds with ducks and swans, tennis courts, boules courts and extensive lawns and gardens. The main boulevard is lined with huge plane trees, cafes and buildings of architectural interest. There is an archeological museum, tourism office and wine co-operative to visit.

There is a wonderful Tuesday market in Olonzac, one of the biggest and best in the area. The market fills the main boulevard and winds up the narrow streets to fill the iron-roofed square in the heart of the ancient village. Displaying colourful goods and filled with the aromas of fresh foods and spices it is always a treat. The stall owners are a friendly group as are the town's people. Flea markets and antique sales are regular events.

The main economic activity here is wine and the town is surrounded by vineyards and olive groves.

The residents here are from a mix of cultures, French, of course, but also Spanish, Italian and new comers from all over Europe.

A magnificent lake, Lac de Jouarress, is only a few minutes away. Here you can fish, sunbathe, swim, windsurf, picnic or sail. There is also a restaurant and cafe overlooking the water.

Tourism is growing due to the many area sites and activities within a very short distance.

The picturesque rolling hills and vineyards provide a wonderful setting for cycling and walking. Relax in the warm Mediterranean Sea and sunbathe on golden sands just 30 minutes away, or discover an adventure in the snow-capped Pyrenees to the south. 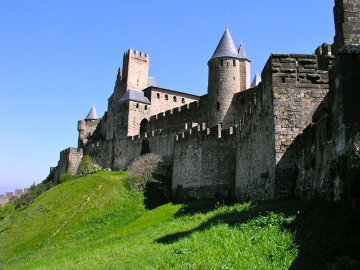 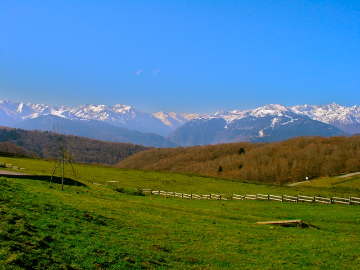 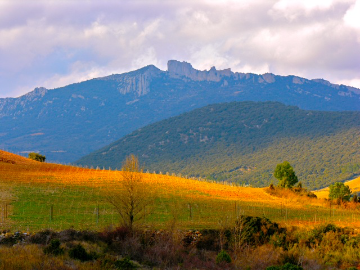 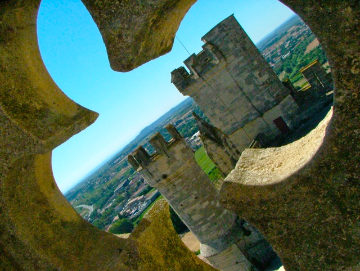 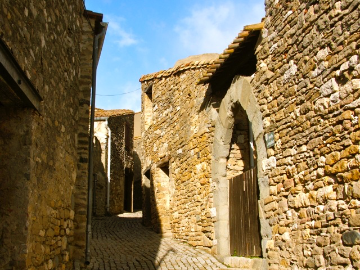 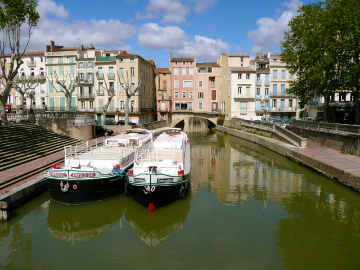 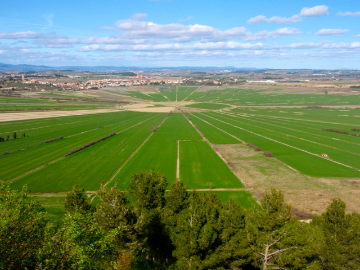 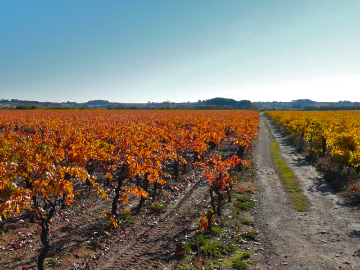 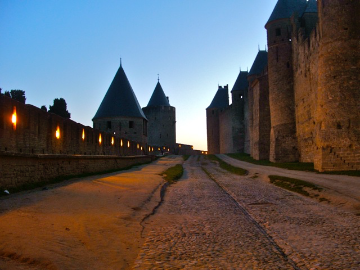 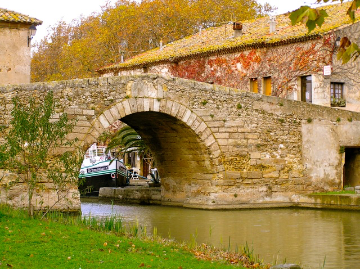 The area offers a variety of things to do depending on the type of group you fall into.

For a family with young children the Mediterranean beaches are a must. The beaches are kept clean and dogs are not permitted on them. Swimming is safe with plenty of lifeguards in season. A trip through the etangs (salt lakes) that run from Narbonne down to Peyriac de Mer is worth the visit just to see the pink flamingos. A little further south is the African wild life park Sigean.

An afternoon boat ride on the Canal du Midi is a must. The departure takes place in Homps, 5km from Olonzac. Returning to your port of call, one could have a late afternoon drink or an al fresco dinner at one of the many restaurants right on the edge of the canal.

Being a fantastic area for hiking and cycling, hire bikes that can be delivered to your door. Ply the canal towpaths and local roads through the vineyards.

The village of Minerve (seven kilometres from the houses) was a strategic place for the Cathars and an important stopover for the pilgrims on their way to Santiago de Compostelle in Spain during the medieval times. It was also the home of Simon de Montfort. The Fontfroide Abbey, along with the abbeys Fontcaude and Lagrasse are all less than half an hour away. The ruined but still spectacular fortresses of Peyrepertuse, Montsegur and Queribus are the scenes of the the last desperate struggles of the Cathar rebels.

Carcassonne and its famous medieval castle, which has been seen in a number of films, has a wonderful covered market and an 18-hole golf course. For Bastille day, 14th July, Carcassonne becomes one of the busiest places in France and hosts a spectacular fire-works display. Pézenas, known as Molière's town, is the place where the famous playwright used to spend his summers away from Paris. His plays are now being performed there on a regular basis. Further along, you can visit Le Pont du Gard, a Roman Aqueduct, and the cities of Arles and Nîmes, both graced with arenas dedicated to bullfighting also dating back to the Roman era. 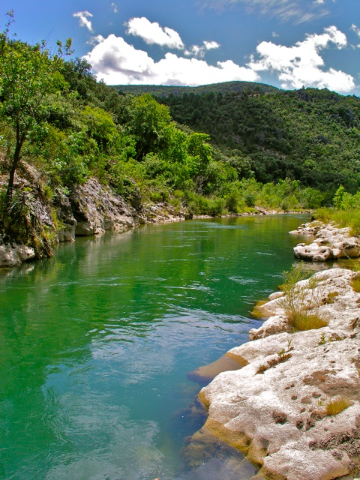 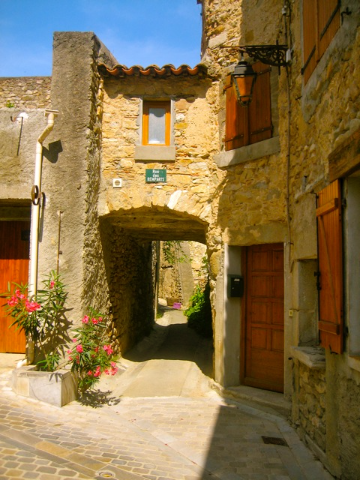 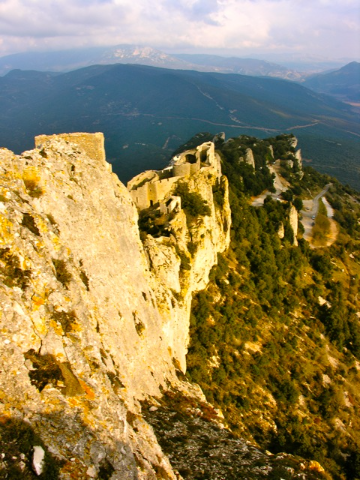 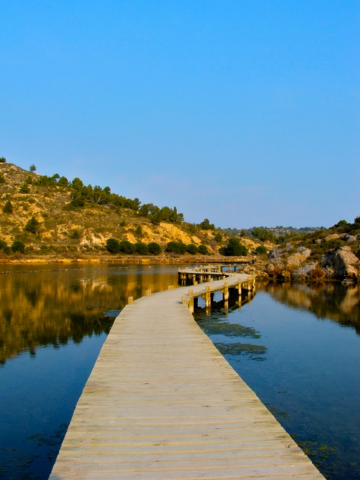 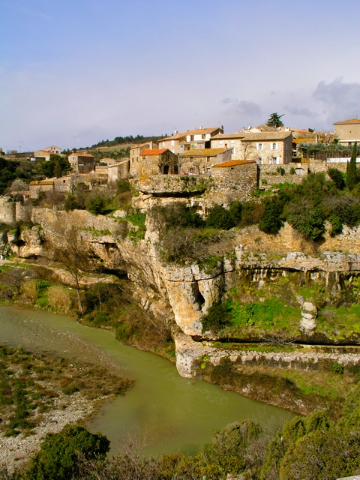 There is a beautiful covered market in Narbonne, Les Halles where the quality of food is excellent from butchers through fishmongers. It operates from Monday to Saturday and is augmented every Thursday and Sunday by a huge market both sides of the Robine Canal, a tributary of the Canal du Midi. Narbonne dates back to pre Roman times.

Many important wine cellars are scattered all around the region, and sampling is encouraged. On the way to Béziers (20 kilometres) stop in Bize-Minervois, a small village that has a well know olive cellar. There you can buy many different types of olive oils, olives (black or green), numerous types of jams, crafts, soaps, and much more.

More adventurous shopping can be done in Andorra, high in the Pyrenees, a tax-free haven about 3 hours south.

Montpellier, a university town of note, amazingly chic, and voted by the French as the best city in France. Spain and the Pyrenees are approximately an hour away.

For those of you who are into sports there is a lot to offer. Cycling, swimming, climbing in the Black Mountains or the gorges, walking, horse riding, tennis, canal and river fishing, golf and in the winter skiing in the Pyrenees.

Set in the heart of western Mediterranean Europe it is 1.5 hours west to Toulouse, 3 hours south to Barcelona and 2.5 hours east to Provence and less than 4 hours to Italy. This is a wonderful base for exploration of a diverse part of Europe. 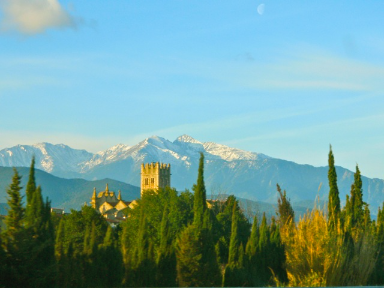 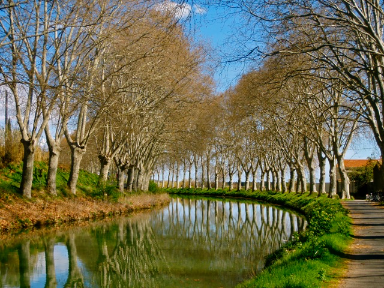 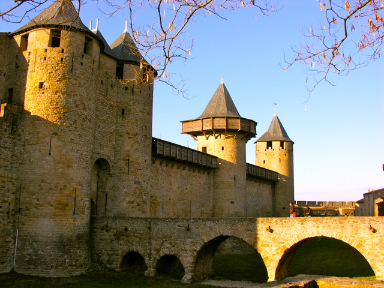 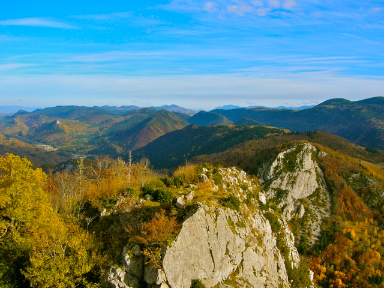 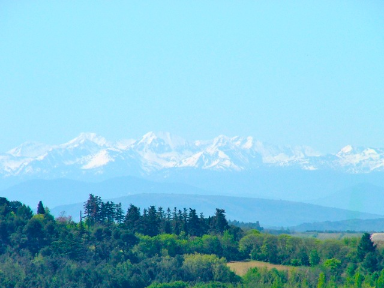 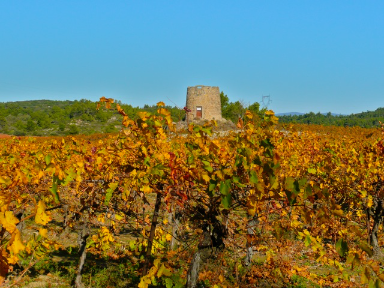 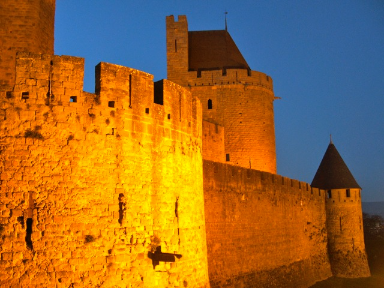 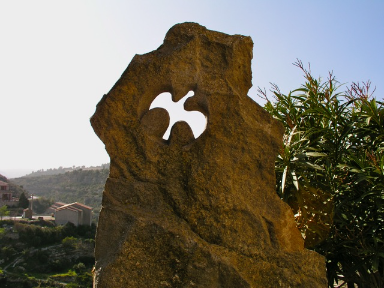 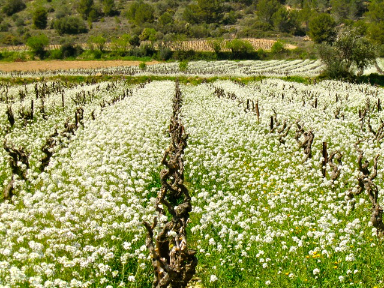 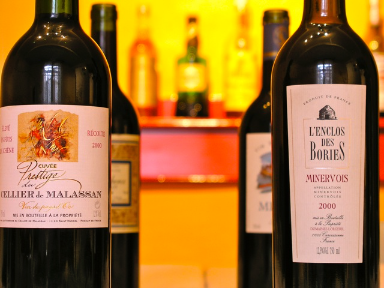 Languedoc Roussillon is the "South" of the south of France. The region gets an average of over 300 days of sunshine each year and has more coastline than Provence and the French Riviera to the North East.

For many years Languedoc has been a well kept secret by visitors and residents with the unspoilt countryside, attractive local markets and untouched medieval villages.

Wine growing is the major industry in Languedoc and in the last 15 years the quality of wines has surpassed every other region in France. From being a "wine lake" of indifferent quality, Languedoc can now offer many of the best wines in the world.

This is the holiday that has it all. 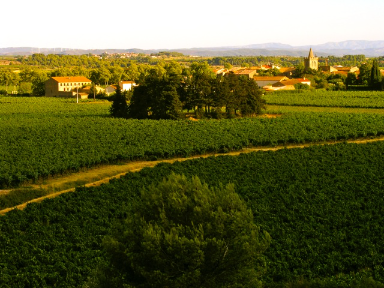 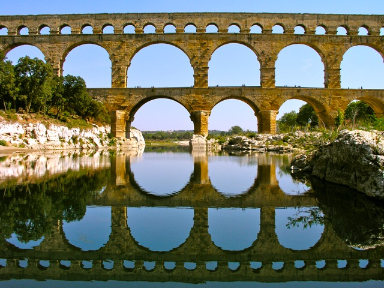 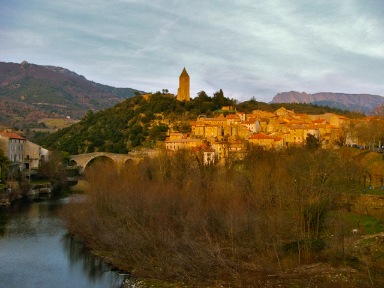 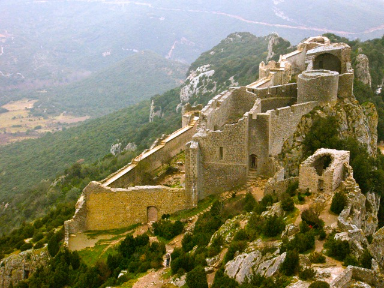